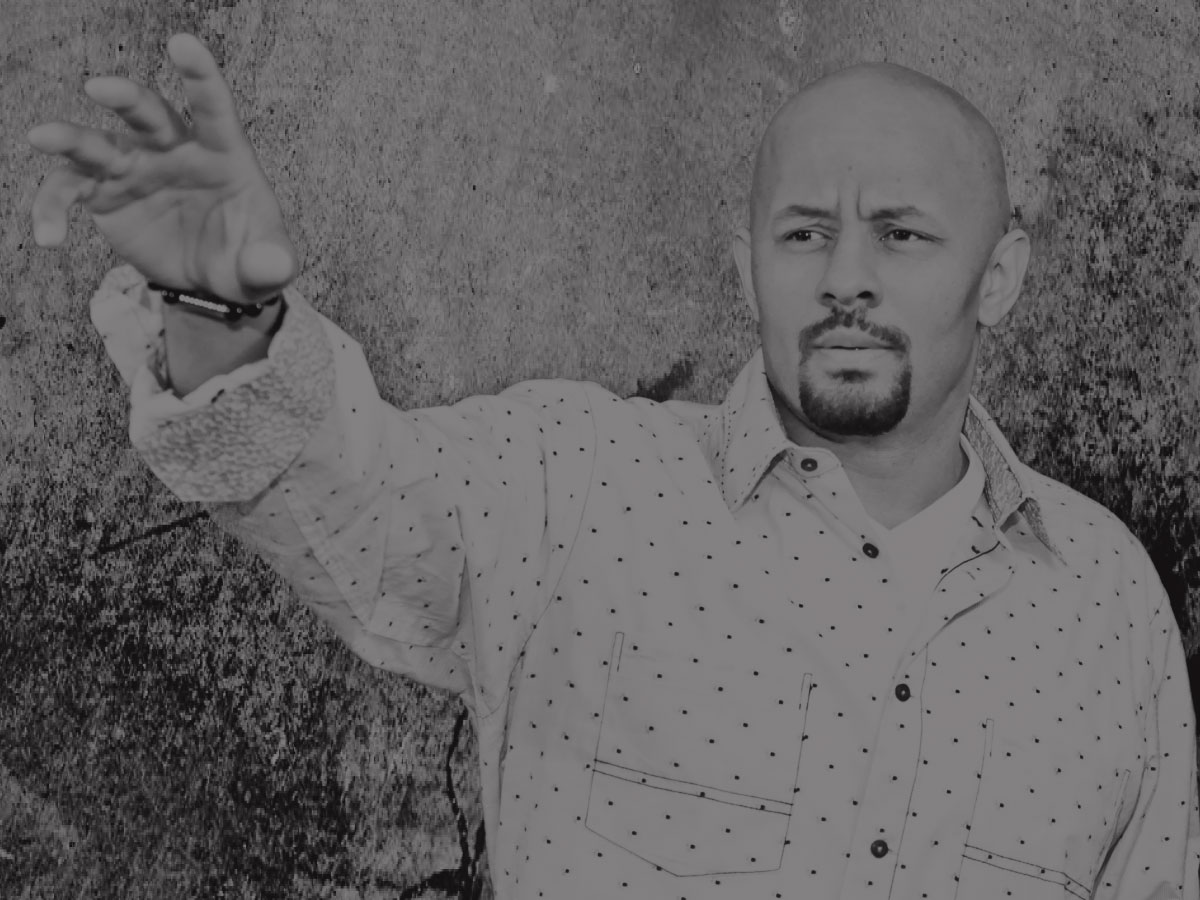 Truly to sing, takes a different breath and so it is this way with award winning singer, songwriter, educator, scholar and father, Ramel Werner. Born in the City of Wind, Chicago, Illinois it is fitting that he shares every single breath he takes; deeply, effortlessly and positively on purpose in every note he sings. Surrounded by dance-rhythms and the sound of music his entire life this soulful crooner grew up in a family where beats, verses and notes were a Rites of Passage into what would add to the many layers that compose who he is and has become.

With musicality literally and lyrically coursing through his veins; time and talent would formally usher Ramel to center stage for his initial solo performance, in the 8th grade. It was here where he first discovered his talent for songwriting, when he rewrote lyrics to the song “The Way We Were” by Barbara Streisand. Other stellar performances would follow at his high school and college alma maters Mendel Catholic in his hometown and Livingstone College located in Salisbury, North Carolina where this First Tenor Baritone belted such classics as, “Two Occasions” written by Babyface Edmonds to standing ovation reception.

While majoring in Business Administration with a minor in Music, this melodist began to approach his relationship with word and sound differently. To the tuned epiphany that music is well said to be the speech of angels, he was destined to solidify his commitment and surrender to the power that music saves, delivers, heals and inspires. Embracing that music is the mediator between the spiritual and the sensual, this balladeer achieved musical success with his first independent project entitled, Closure in 2006. With such hits as “U Put It On Me,” “Back In The Day,” “Stay With Me,” and “Rain,” Ramel has led all who hears him to know and believe that music is the poetry of the air. Inspired by such gifted greats as Teddy Pendergrass, Luther Vandross and Eric Benet it is clear that his sonic path is grounded in soulful, heartfelt lyrical truth.

Winner of the 2010 British Academy of Golden Twits Award in Writing, 2011 in Music, and the 2012 Shorty Awards: Foursquare Mayor of the Year, this lyrical stylist holds a love for writing and blogs regularly for http://byphaeth.wordpress.com/ and http://mylifekeys.com/. Additional musings can be read at http://www.raelewisthornton.com/ and http://www.Designed2Prosper.blogspot.com. His forthcoming projects include a book series entitled, Love Makes Sense with his next musical release, Revolving Door, scheduled for 2012.

Realizing that life is a balanced system of learning and evolution, and the “purpose of it is to be useful,” his dedication transcends beyond his uncompromising vocal ability to that of higher education and the classroom. Holding a Masters Degree in Behavior Disorders and Learning Disabilities from Dominican University, he will receive his Doctorate in Educational Leadership partnered with Harvard University in July 2012. An educator of children with autism for nearly two decades, Ramel seamlessly garners and holds the equilibrium of both worlds metronomically while learning from his students and being a conduit of positivity and change for those whose lives he has been entrusted to lead and guide daily.

Knowing that the pause is as important as the note, the wisdom of this lyrical craftsman overflows into his role of father to his daughter.  It is from this place first and foremost where the listener of this impassioned artist becomes convinced and committed to learning from him that music is what life sounds like.